ROBERT Louis Stevenson’s Treasure Island is one of the earliest, and still greatest, of the pirate adventures, a genre that is now big business on film, in games and more.

Alice Walters is a charming young Jim, with Phillipp Nikolin as the older hero looking back on his adventurous life hunting for treasure on a paradise island.

The production is energetic, telling the story in vivid flashes of action, and the effects, if sometimes overwhelming, add colour to what is fustily known as “a children’s classic novel.”

The show continues at Studio Theatre in Ashley Road until 26th January. 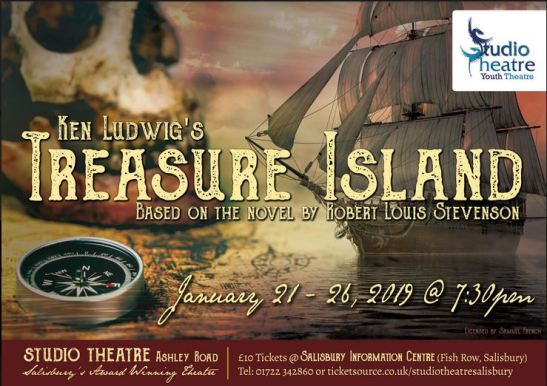 This entry was posted on November 28, 2018 by salisbury_matt in Reviews.